World-leading Sunshine Coast aerospace company HeliMods is stepping up its manufacturing capability with a $10.3million expansion of its facilities in Caloundra.

The expansion will deliver a large-scale state-of-the-art aircraft manufacturing and modification facility.

And with the help of Queensland Government funding, the expansion has been accelerated by almost five years.

HeliMods services the global helicopter market from a purpose-built facility at Caloundra Airport.

In addition to further building a deep pipeline of work for civil clients, the expanded facility will better position HeliMods to catch the wave of once-in-a-generation defence contracts.

It is also expected to consolidate the company as a significant player across the aerospace and defence industries.

In May 2021, Helimods was approved by the Defence Aviation Safety Authority (DASA) as one of only two active organisations in Australia to receive Military Production Organisation Approval (MPOA) status. The scope of the HeliMods approval enables HeliMods to manufacture and release aerospace parts and appliances for the MH-60R Seahawk and the CH-47F Chinook. 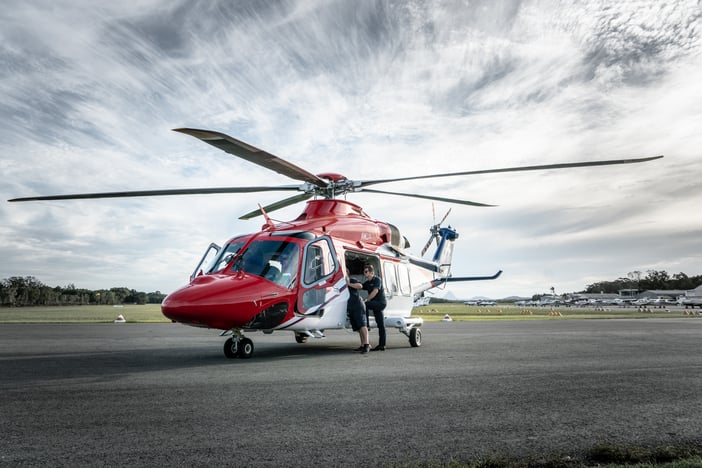 It has created a niche in transforming standard factory aircraft into machines capable of performing complex special missions such as tactical operations, aerial policing, emergency medical services, and search and rescue operations.

It was awarded an important defence industry contract in 2017 to manufacture equipment for use in the Australian Navy’s MH-60R Seahawk Romeo helicopter fleet. Its Powered Aero Loaders™ are installed into Ornge Canada’s fleet of AW139 helicopters, the world’s largest fleet of advanced emergency medical helicopters.

HeliMods founder Will Shrapnel said the partnership was essential to accelerating the company’s growth and will allow it to compete for larger defence and civil contracts.

“This expansion marks a new and exciting milestone for our business. We have worked hard over the years to build capability that is unique and sovereign and have established a proven track record in industry across both Australia and global export markets,” Mr Shrapnel said.

“This investment will now allow us to further scale our capability and become a major player in the aerospace and defence industries, from right here on the Sunshine Coast.”

Support funding for the expansion project will come from the State Government’s Jobs and Regional Growth fund, creating up to 68 high value jobs over the next five years.

HeliMods employs a young, dynamic and highly skilled workforce of over 30 people, with more than half of those in specialist technical roles.

“Through this growth, we will also create greater opportunities for our region and seek to pave the way for new, technology-enabled careers for the next generation of talent,” Mr Shrapnel said.

The facility expansion will include hangars capable of accommodating large civil and defence aircraft, such as Boeing CH-47 Chinooks, in a segregated and secure environment.

HeliMods will also invest in capability enhancements across advanced engineering and manufacturing, and cyber-physical security systems.

The Sunshine Coast has a thriving aviation industry

The Sunshine Coast is already home to a thriving aviation industry offering exciting and diverse opportunism in the Australasian aviation and aerospace market. The region has two key aviation and aerospace precincts. Caloundra Aerodrome, home of HeliMods, is a vital cog in South East Queensland’s aviation network and offers an opportunity to attract businesses as well as high value niche business to complement the existing industry cluster.

The Sunshine Coast Airport is one of Australia’s leading regional airports, welcoming almost 1.3 million passengers annually. A major expansion project including a new runway that opened in 2021 enables direct access to new markets in Asia, the Pacific and other locations in Australia. It offers prime airside and landside development opportunities for smart and innovative aviation-related businesses.

“I believe the Sunshine Coast is capable of hosting the most advanced and technology intensive industries in the world. I also believe innovative and progressive companies that choose to invest in this region will gain an enduring and increasing competitive advantage over their city-only counterparts,” said Mr Shapnel. 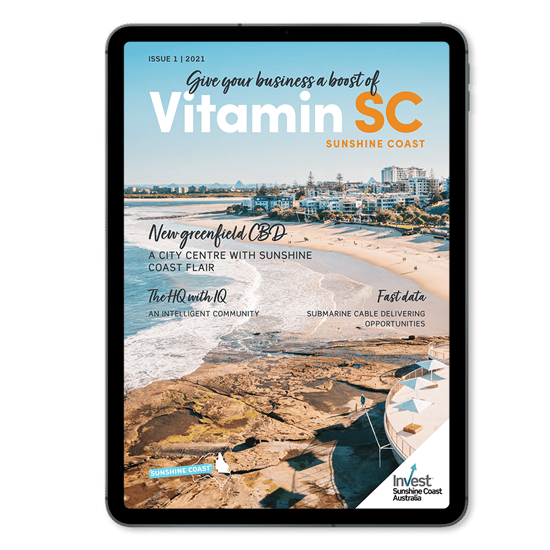